The LEITAT 1 emergency ventilator has functioned correctly in the first tests carried out with patients in the ICU of the Hospital Parc Taulí, which will be imminently expanded in several other hospitals in Catalonia.

With the approval of the Spanish Medicines Agency, the current objective is to accelerate the production and distribution of the ventilator before the collapse of medical emergencies.

In a bit more than a week, the design of the first campaign ventilator, LEITAT 1, is fully functional. It is the result of the alliance between the Consorci de la Zona Franca de Barcelona (CZFB), HP and Leitat (Tecnio) together with CatSalut, through the Consorci Sanitari de Terrassa (CST) and the Hospital Parc Taulí in Sabadell. This is corroborated by the first tests carried out on a patient affected by the COVID-19 virus, which have been carried out at the Hospital Parc Taulí.

The ventilator, designed by Leitat’s senior engineer, Mr. Magí Galindo, and medically validated by the team of Dr. Lluís Blanch, from Parc Taulí de Sabadell, an expert in mechanical ventilation. It has been improved from the initial prototype through the incorporation of volumetric sensors, pressure sensors or oxygen alarms, among other aspects, to facilitate its use by healthcare personnel and guarantee its functionality for a longer period of time in assisted breathing of severe patients with coronavirus. It has therefore has been renamed LEITAT 1.3. 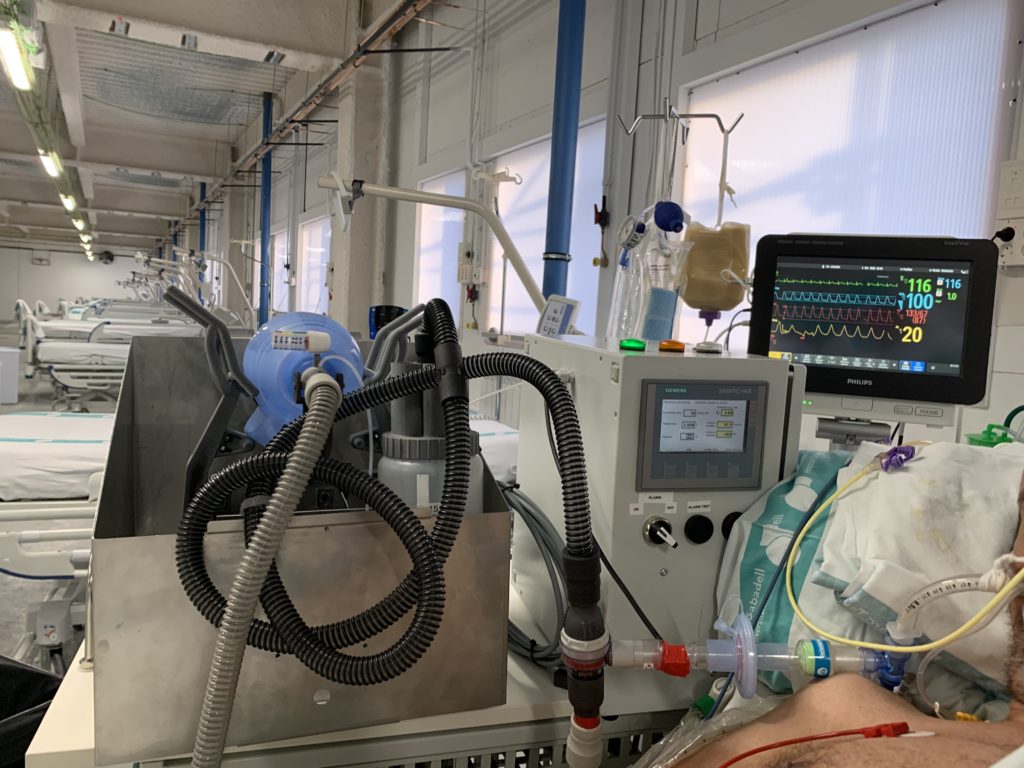 After the first satisfactory tests with humans, the extension of the clinical trial to the rest of Catalonia will be carried out, beginning an imminent first phase in several hospitals (Parc Taulí de Sabadell, Vall d’Hebrón, Hospital del Mar, Consorci Sanitari de Terrassa and General Hospital of Granollers) under the coordination of Dr. Ricard Ferrer (Dir. ICU Vall d’Hebrón), responsible for the unique ICU device in Catalonia.

To get the approval of the Spanish Medicines Agency, tests and optimizations were carried out at Applus, together with Leitat technicians, to guarantee the safety of ventilators, and to allow the State Agency for Medicines and Health Products to finally certify the ventilator and authorize its use to help prevent the collapse of Spanish medical emergencies.

It is a robust and compact ventilator made up of 3D printed parts with HP Multi Jet Fusion (MJF) technology and designed to be industrially scalable, so that a daily production of 50 units can be achieved, at a cost 10 times less than that of a conventional ventilator.

Once the support of the health authorities has been obtained, production will be accelerated and will be concentrated and assembled in the facilities of the Cares Foundation. The pieces will be printed on the CZFB infrastructure and HP production teams, with the support of the 3D Factory Incubator and the 3D Hub (IAM 3D HUB). The company BSH Electrodomésticos España has also joined, and contacts are maintained with others such as Airbus with whom knowledge and technical capabilities are being shared for the development of the project, in which I will end up feeling a new version of the ventilator (LEITAT 2.0).

The LEITAT 1 ventilator (@respira_leitatX) has received various contributions from both individuals and companies (including Cellnex, Almirall and the Official College of Physicians of Barcelona – CoMB) and its promoters are coordinating different collaborations with other similar projects both national and international.

The Consorci de la Zona Franca de Barcelona is a public company created in 1916 that is financed with its own funds for its patrimonial management of the Zona Franca. Dedicated to economic promotion, it integrates representatives of the Spanish Government, the Barcelona City Council and the main economic entities of the city in its plenary. The corporate focus has placed it on contributing to the transformation of small and medium industries towards the 4.0 economy and promoting disruptive technologies such as additive printing.

Leitat is a Technology Center with more than 100 years of history, 300 professionals, with five offices in Terrassa, Barcelona, ​​Vilanova del Camí, Valencia and Chile, and a budget of more than € 30M. Its mission is to collaborate with companies and other entities to create economic, social and sustainable value, through R + D + 2i projects and technological processes based on innovation and creativity. Leitat, is recognized by the Generalitat de Catalunya (TECNIO) and by the Ministry of Economy, Industry and Competitiveness. 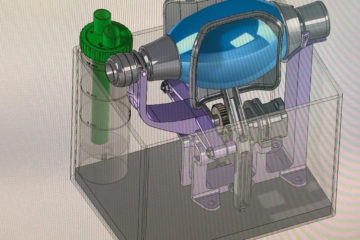 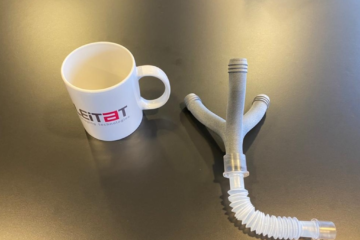 A group of companies and institutions led by Consorci de la Zona Franca (CZFB) and Leitat, launched yesterday the production of 3D-printed splitters, which will allow more than one patient affected by coronavirus in one Read more…